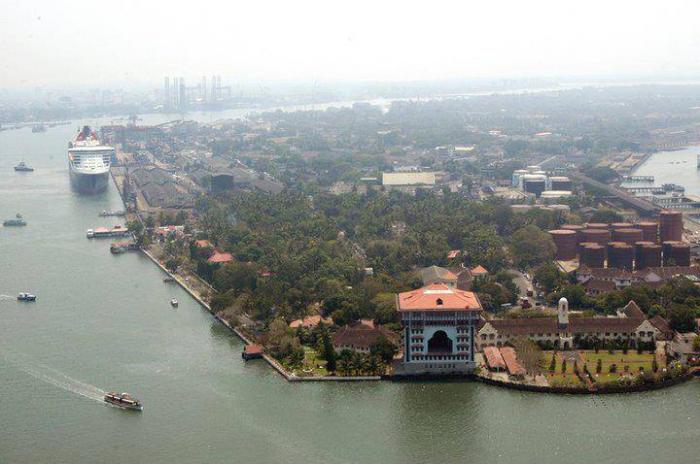 Willingdon Islands is the largest artificial man-made island in India, which forms part of the city of Kochi, in the state of Kerala, India. Much of the present Willingdon Island was claimed from the Lake of Kochi, filling in dredged soil around a previously existing, but tiny, natural island.The island is the site of the city's best hotels and trading centres, the Port Trust and the headquarters of the southern naval command.