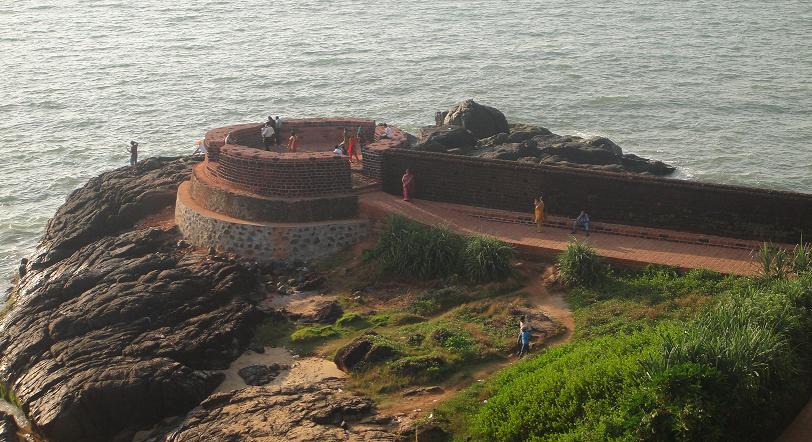 The 300-year-old Bekal Fort, shaped like a giant key-hole, is one of the largest and best-preserved forts in Kerala. Surrounded by a splendid beach, the historic Bekal Fort offers a superb view of the Arabian Sea from its tall observation towers, where a few centuries ago huge cannons used to be placed. Today, the Bekal Fort and its surroundings - there are backwaters and hill destinations and water sport facilities nearby - is a favourite shooting locale for film-makers.

It is believed that the Bekal fort might have existed even from early days of the Chirakkal Rajas for the fact that it was common in those days to build a fort for the purpose of defense. Many of the old royal palaces have forts to protect them from the enemies. Decribing the Kolathiri Kingdom in his Kerala History, K.P. Padmanabha Menon writes that the residence allotted to the Thekkelamkur: "The eldest of the male members reigned as sovereign Kolathiri. The next in succession, the heir apparent, was the Thekkelamkur. The residence assigned to him was the Vadakara fort. The third in succession was the Vadakkelamkur in charge of Vekkolath fort. This V (B) ekkolath fort is identified by some scholars as the present Bekal.