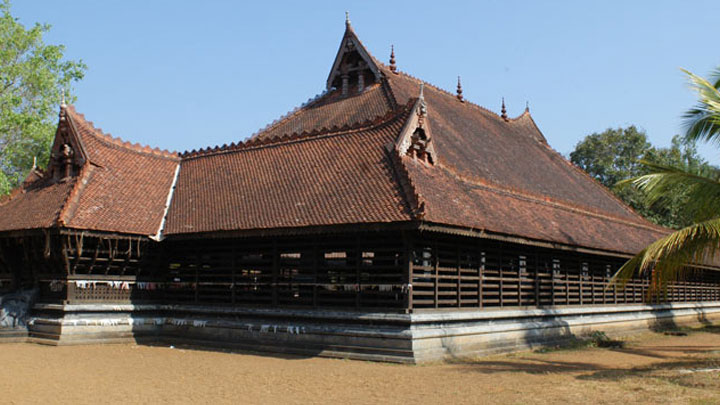 Cheruthuruthy is the seat of Kerala Kalamandalam, renowned the world over for its Kathakali training centre. Besides a major centre for Kathakali training, Kalamandalam also imparts training in other performing art forms like Mohiniyattam, Koodiyattam, Thullal and Nangiarkoothu. Training in vocal and percussion instruments are also conducted here. Many of the internationally renowned artistes of Kerala and India have been trained here.

The Kalamandalam and its surroundings reflect the simple, pure and ethnic atmosphere in which these arts have survived for centuries. The Koothambalam - the traditional dance theatre at Kalamandalam is the only one in Kerala which is built outside a temple complex. This theatre is 14.62 m long and 7.31m wide and has four wooden pillars supporting it. It has three main parts - the aniyara (green room), the rangam (stage) - the space in front and side of it meant for the audience, and the mridanga-patha (where the drum is kept).

Kerala Kalamandalam was established by Vallathol Narayana Menon, the renowned Malayalam poet. It was a time when the popularity of Kathakali was on the wane. English education had been introduced and only a few upper class families in the state held the key to the art form. Realising the need to keep the art alive, the poet along with a few royal Kathakali enthusiasts like M. Mukundaraja and Kunjikuttan Thampuran, took over the revival and popularisation programme. They arranged performances by eminent artistes across the state and even raised funds through lotteries.

Over the years this unique institution has imparted training in Kathakali, Mohiniyattam, Kootiyattam, Panchavadyam, Thullal etc , following the ancient gurukula system of education.

kerala Kalamandalam, the cultural repository of Kerala, founded in 1927, by the famous poet Vallathol Narayana Menon to revive the art and dance form of Kerala, which was heralded as Kerala's first institution to provide training in classical performing arts. The introduction of Kalamandalam gave rebirth to the two classical forms of dancing, Mohiniyattam, and Kathakali, which were slowly loosing importance. It is situated 32 km from Thrissur, on the banks of Bharathapuzha river in Cheruthuruthy. The Institution also offers training in other   traditional dance forms of Kerala like, Koodiyattam and Ottam Thullal and other arts form like music, drama, and other dance forms. Many internationally recognized artists in classing dancing have been trained here and the kalamandalam has contributed greatly in imparting dance training for over the past 78 years. August to March are the most favorable months for visiting Cheruthuruthy. The nearest cities are Thrissur, which is located at a distance of 32 kilometers from Cheruthuruthy, Guruvayur, located 29 kilometers away and Cochin which is located around 90 kilometers from this place.