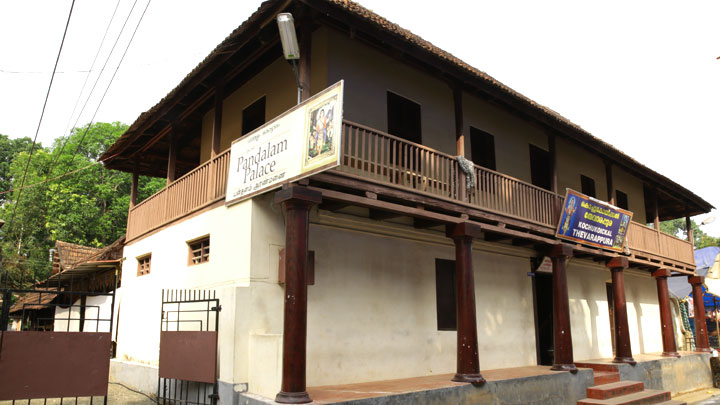 Pandalam palace is the permanent home for the royal family of Pandalam. It is situated on the banks of river Achankovil. Although most of the original buildings have vanished by flood and fires, a few still remain which could be witnessed in the area among the newly constructed buildings.

As a holy town, Pandalam is perhaps second only to Sabarimala. Sree Ayyappa, the presiding deity of Sabarimala had his human sojourn here as the son of the Raja of Pandalam. The Valiyakoikal Temple near the palace on the banks of river Achenkovil has been modelled on the Sabarimala shrine.

It is believed that the Pandalam Kingdom was established around c.79 (903 AD) by the Pandalam royal family who are believed to be the descendents of Pandiya kings of Madurai.[citation needed] The royal family of Pandalam belongs to the Bhargava gotra.[citation needed] Territories of the kingdom extended to over 1,000 square miles (2,600 km2) consisting of mountain ranges and forests