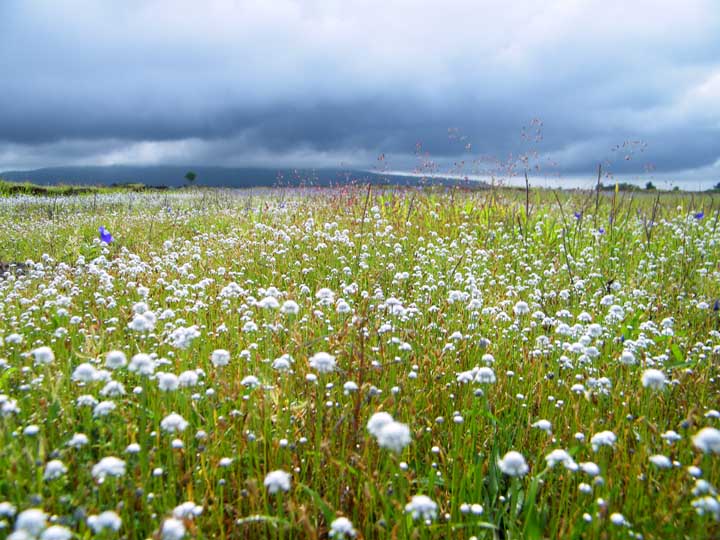 Madayipara,a laterite hill, located at Pazhayangadi in Kannur District, which would soon get its due share of attention as a center of tourist attraction. Madayipara  or Madayi para is a place worth visiting, especially for those who would like to walk and explore things own their own.

Madayipara is a significant spot owing to its bio-diversity as well as history. In the past, Madayipara was the administrative center of the Ezhimala kings. In and around Madayipara, one can find remnants from the past. At the southern side of the hill, stand the remains of a fort called Pazhi Kotta (kotta means fort in Malayalam). Here one can also find watchtowers at the four corners of the fort. Madayipara was used to be the site for the coronation ceremony of the rulers of the princely state of the erstwhile Kolathunadu.

The hillock of Madayipara, which carries several signs of historic relevance, is also a place important from a religious point of view. Here, a pond in the shape of a hand held mirror, connected to ancient jewish setllers is another historic attraction. Similarly, a temple at this site, called Vadukunda Siva Temple and the adjoining lake, about an acre in extension form yet another attraction at Madayipara. The lake near the temple will not go dry even in hot summer months and remains a source of nourishment to life forms at Madayipara. The pooram festival of Madayi Kavu (kavu - family temples and those in the midst of thick vegetation) held at Madayipara has been responsible for much of its fame.

With regard to the bio-diversity of Madayipara, it has been found that the region contains about 300 flowering plants, about 30 varieties of grass, and several insect-eating plant species. Madayipara is also home to several rare medicinal herbs, which are sought by people from near and far off places. Coming to avian life, Madayipara sustains about 100 species of butterflies and about 150 species of birds. Among the biggest butterflies in the world, the Atlas butterfly is a visitor to Madayipara.