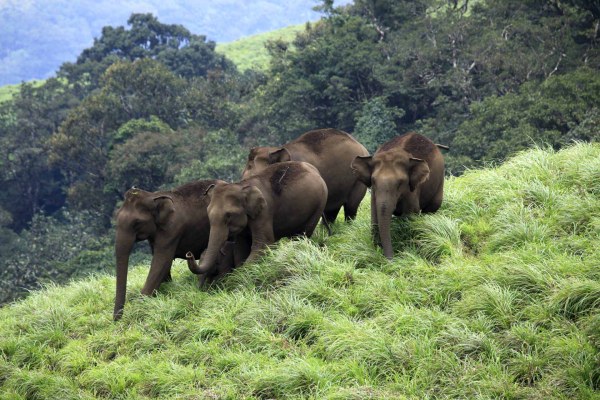 The Aralam Wildlife Sanctuary is spread over 55 sq km of undulating forested highlands on the slopes of the Western Ghats. The highest peak here - Katti Betta - rises to a majestic 1145 m above sea level.

Aralam, a village in Thalassery, Kannur, is also noted for the Central State Farm, a 3060 hectare farm started in 1971 by the Government of India. This is one of the main production centres of hybrid coconut seeds in the country.

Aralam Wildlife Sanctuary in Kannur District is the northern most Wildlife Reserve of Kerala. It is located on the western slopes of Western Ghats mountain ranges.

Located near to state’s border, the woods of this sanctuary extend into the neighboring Karnataka state as the forests of Coorg (Kodagu).

Landscape of hills and slopes vary sanctuary altitude levels significantly. The lowest point is just about 50 meters from sea level.  Steeply slanting up, altitude reaches about 1145 meters at Katti betta, the top peak.