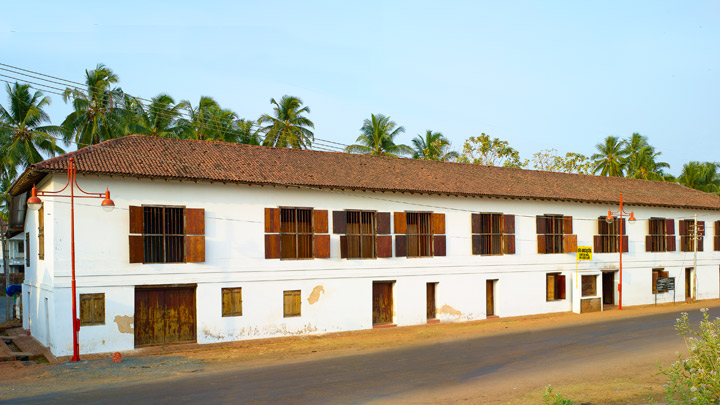 Arakkal Kettu was the residence of the former Arakkal Ali Rajas, the only Muslim royal family of Kerala. Protected by the Archaeological and Tourism Department, this palace complex is today a museum. The Arakkal Kettu Museum houses a splendid display of numerous artefacts and heirlooms belonging to the Rajas. The musuem is closed on Mondays.

Arakkal Kettu, a palace of historical significance, was the residence of the former Arakkal Ali Rajas, the only Muslim royal family of Kerala which ruled parts of the coast and Lakshadweep island. The Arakkal family played a prominent role in the history of Malabar. The palace is situated in Ayikkara, near St. Angelo Fort, at a distance of 3 km from Kannur town. This 200-year-old palace complex has been renovated and converted into a heritage museum in the year 2005. It showcases the history of the Arakkal house and of the regional influence of the Arakkal 'Rajas' (male rulers) and 'Beevis' (female rulers) in the heydays of their authority. Exhibits in the durbar hall contains old records, maps and drawings of surveys and many other manuscripts that will throw light on the maritime activities of the family, its monopoly on spices trade and its relationship with European colonial powers. The museum is managed by the Arakkal Family Trust and to visit the museum there is a nominal entry fee.