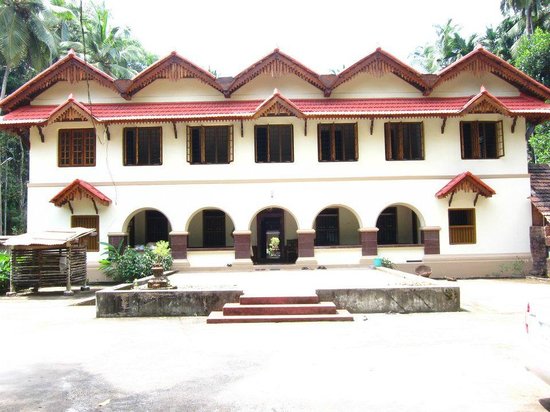 his imposing edifice is situated on Kasaragod-Perla road, about 8 km from Kasaragod town. The palace was once the seat of the Kumbala Kings. Around 3 km away is Madhur, a village famous for its Srimad Anantheswara Vinayaka Temple. Kasaragod Railway Station is the nearest railhead.

Maipadi kingdom, which is also known as Kumble Seeme, has the jurisdiction between Manjeshwar in the North and Chandragiri river on the South. Similarly, regions between Adhur on the foothills of Western Ghats and Mogral in the West were convered under the rule of Maipadi kingdom. One who ruled the Kumble Seeme is popularly known as ‘Ramantharasugalu,’ a hereditary title given to kings when they ascend the throne.

…An ancient palace located nearly 8 km from Kasargod town on Kasargod-Perla Road; Maipady Palace is a popular site belonging to Kumbala kings. Madhur Village located in the proximity is also a popular destination among tourists.