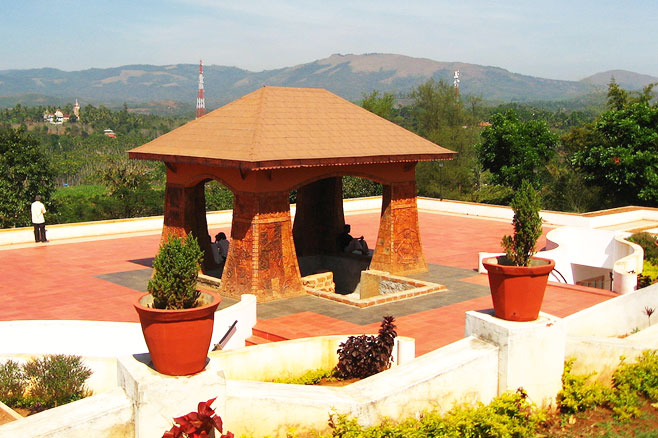 Pazhassi tomb, the memorial of Veera Pazhassi Raja, the Lion of Kerala, who organised guerilla warfare against the British East India Company, is situated at Mananthavady. The Pulpally Cave was where Pazhassi took refuge until he was captured by the British. A small structure houses a collection of memorabilia belonging to Pazhassi. Mondays are holidays.

Pazhassi tomb is profound memorial made in the memory of Veera Pazhassi Raja, the Lion of Kerala and a freedom fighter who revolted against the British for the independence of India. After Tipu Sultan, Pazhassi Raja was the last king that rebelled against the British. After his death, a small memorial was made in Wayanad. Inside the Pazhassi tomb, tourists can see the prices possessions of the freedom fighter.

The memorial is managed by the State Archaeology Department and has mural paintings, antique bronzes, ancient coins, models of temples, umbrella stones, dolmenoid cists (quadrangular burial chambers with capstones), and similar megalithic monuments in its complex. Inside the memorial, there is an art gallery where the work of known artist Raja Ravi Varma is one display.