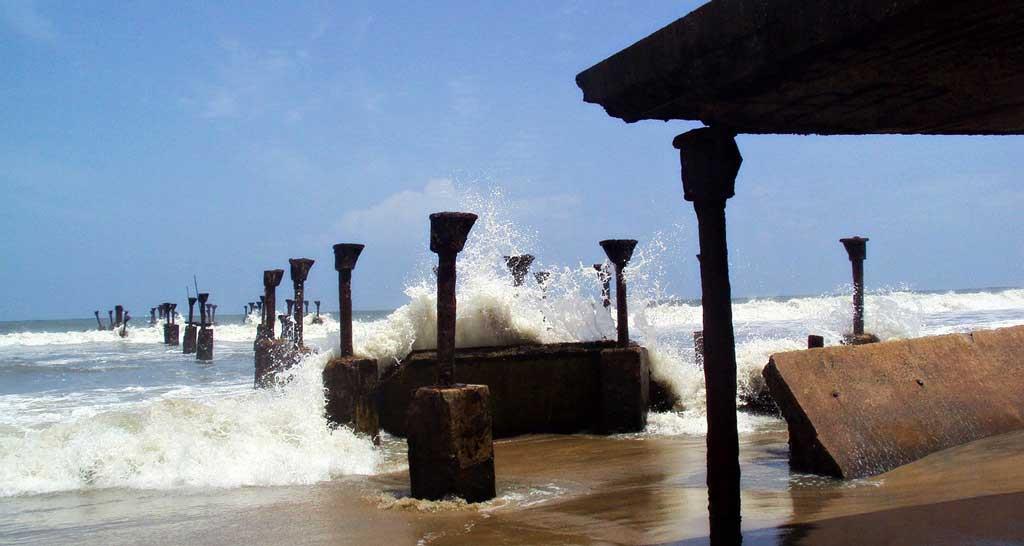 Kozhikode, the most important region of Malabar in yesteryears, was the capital of the powerful Zamorins and also a prominent trade and commerce center. It was here at Kappad that Vasco Da Gama landed in his search for the spices of the Orient. Today the serene beaches, lush green countryside, historic sites, all combine to make this a popular tourist destination filled with a warm ambience.

Kozhikode Beach is a favourite haunt of sunset viewers, it is also a good place for trying out seafood delicacies like kallumekaya (mussels), available at the numerous stalls lining the promenade. At dawn, a walk along Dolphin’s Point will reward you with a sight of playful dolphins. Adding to its natural beauty is the old world charm retained by the old lighthouse and the two crumbling piers that run into the sea, each more than a hundred years old. Entertainment facilities such as the Lions Park for children and the marine water aquarium are added attractions. The aquarium is open on all days from 0800 to 2000 hrs.

A beach is one of the few places on earth, which makes one realize how big our mother earth is and how small we all look in front of it. Also, it is one of those places, which provides extreme peace and relaxation to people, in search for serenity. Kozhikode Beach is the most popular attractions of Kozhikode, which gives sunset viewers an unforgettable sight of Arabian Sea and soothing water, reaching the shore in a rhythmic way. The old lighthouse and two crumbling piers that run into the sea, add to the beauty of the beach and retain its old world charm.

This beach has a prominent place in the history of Calicut as there used to be a key port, where traders from Arabia and China weighed anchor and had been trading for centuries. The dock used by them still exist in the same place, though in ruins now. The 19th century piers have withstood the merciless beatings of waves, but have finally begun to collapse.

This exotic destination gives tourists a wide option to spend an evening chatting or gazing at the setting sun and enjoy scrumptious food, served at the beach shacks. Its perfect setting and wonderful surroundings make it an ideal place to relax and unwind and take bath in the crystal clear water of Arabian Sea. The beach is surrounded by plenty of restaurants, hotels, and spa, where tourists can indulge in soothing activities to get a joyous feeling.