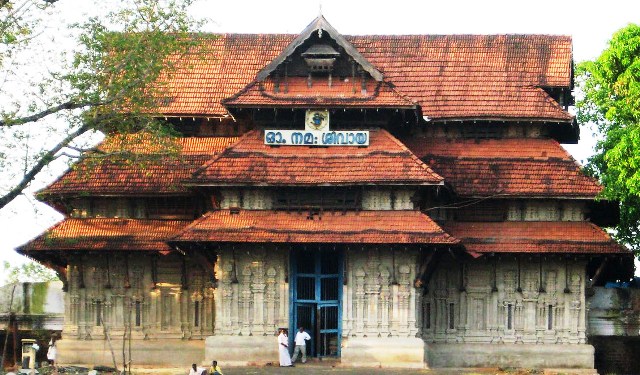 Believed to have been built by Lord Parasurama who reclaimed Kerala from the sea, the Vadakkumnathan Temple is one of the oldest in the State. A classic example of the Kerala style of architecture, the temple has many decorative murals and pieces of art. Exquisite murals on the Mahabharata adorn the walls of the shrine. This is the venue of the world famous Pooram Festival celebrated annually in April-May. The fireworks at the Pooram are a spectacular sight.

This Hindu temple, along with the mural paintings found here, has been declared as a national monument by the Indian government,  under the Ancient Monuments and Archaeological Sites and Remains Act.

According to popular legend, this is the first temple built by Parasurama, the sixth incarnation of Maha Vishnu. Tekkinkadu ground, encircling the Vadakkumnathan temple, is the main venue of the Thrissur Pooram. Non-Hindus are not allowed to enter the temple.

In the year 2012,  the Archaeological Survey of India (ASI) had recommended 14 sites, including the Vadakkumnathan temple and palaces from Kerala to be included in the list of UNESCO World Heritage Sites.