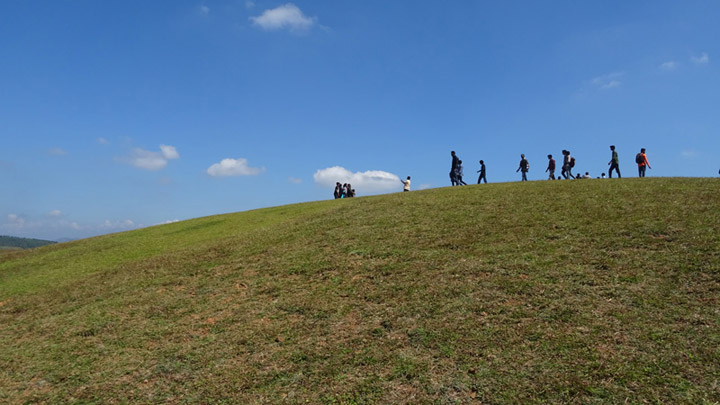 Kottathavalam, an ideal picnic spot near Wagaman, is situated near Murugan hills at Kurisumala in Kottayam. A flight of steps cut in the rocks takes one to this magnificent cave, Kottathavalam. Legends say that the royal family from Madurai rested here on their way to Poonjar. The rocks within the cave, carved like chairs and couches and the figures of Madurai Meenakshi, Ayyappa, Murugan, Kannaki and weapons sculpted on them, are all worth exploring.

A fascinating cave carved out of rock surface is Kottathavalam lying on the top of a Murugan Hills at Kurisumala. The cave is considered to be the resting place for Madura Royal family.

The cave is adorned with various sculptures of Gods and Goddesses along with the sculptures of weapons used in the ancient times giving us a glance into the amazing past.