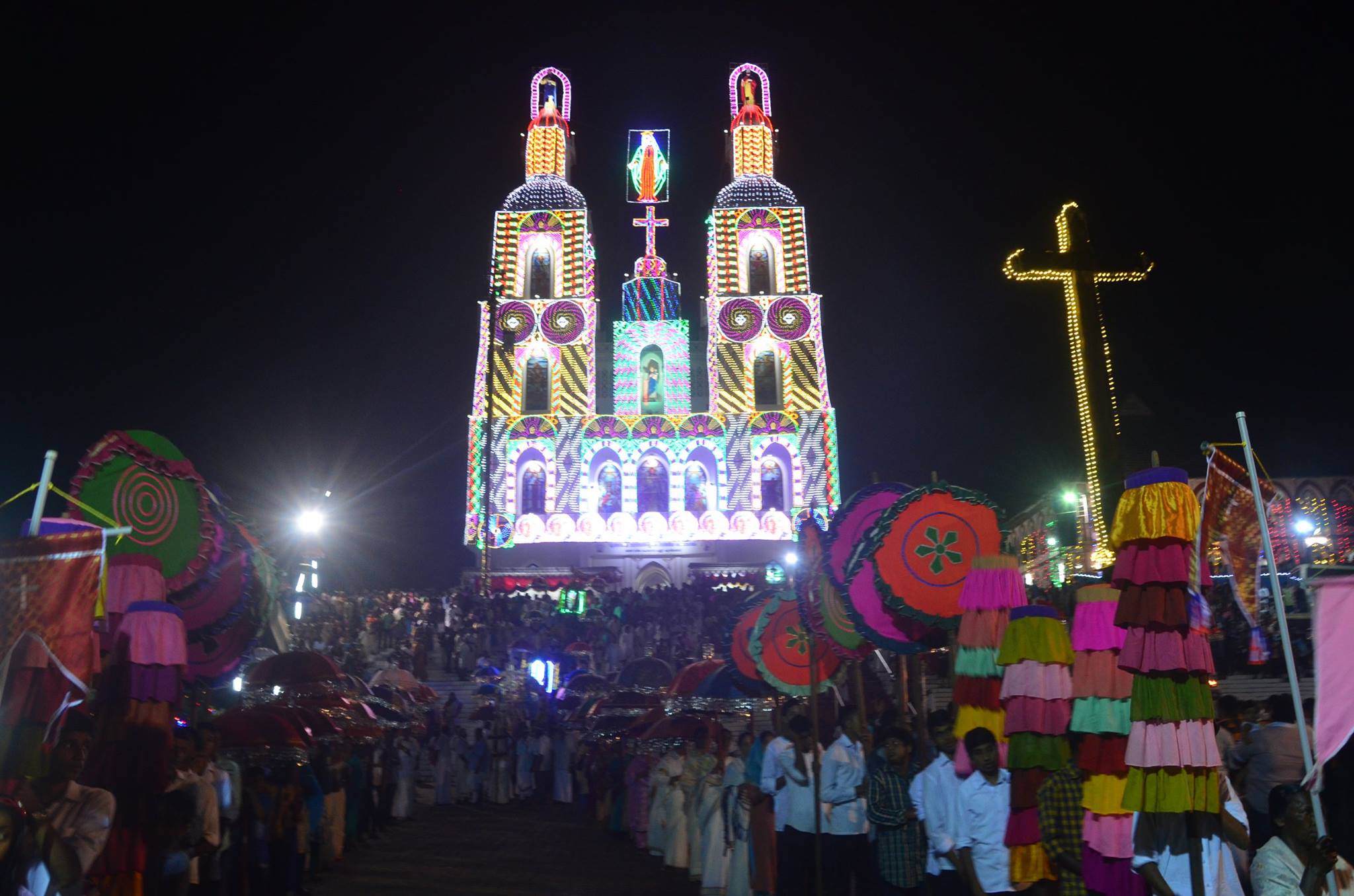 The Moonnunombu and the ship made of wood at the ancient 3rd Century built St. Mary’s church here is famous. The Kappalottam during the second day of munnu nombu attracts thousands of devotees.
Rogation of the Ninevites is the main ritual during the Munnu Nombu festival. A forty feet wooden ship, beautifully built with prow, stern, masts and rigging, having on one side an effigy of Jonah being vomited by the fish as per the orders of the Lord, and on the deck wooden mariners in costume, has been for centuries the centre of attraction in the mid-day procession at Kuravilangadu Martha Mariam Church, a. Amidst the surging mass of humanity the spectacle make one image that the sea is furious, the waves are beating against the sides of the ship and violent winds rip the sails out of control. This ritual show cases the maritime tradition of early Nasranis. This has been celebrated earlier for the safety of Nasrani mariners.These reminds the Nasranis of the spiritual development of Judeo-Christian tradition
The Ship is carried by members from five families namely Karuthedam, Chembankulam, Puthusherry, Anchery and Valiyaveedu.