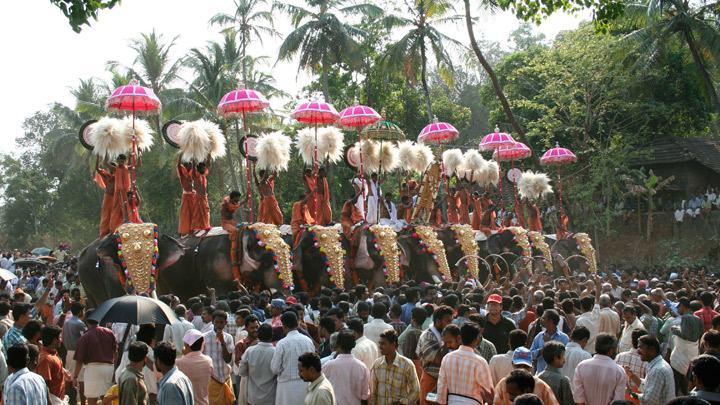 Pattambi Nercha, the annual festival at Pattambi mosque is a spectacle to behold with its riot of colours and sounds. It held in the memory of a Muslim saint from the Malabar region - Aloor Valiya Pookunjikoya Thangal, the town is illuminated brilliantly and a pageant with traditional musical ensembles like panchavadyam and thayambaka is taken out at night during the festival. About 70-80 tuskers are lined up for the festival. Various art forms are also performed on the banks of the River Bharathappuzha. The procession concludes around midnight on the banks of Bharathappuzha river where the Panchavadyam rises to a crescendo and the art forms take on a spectacular magnificence.