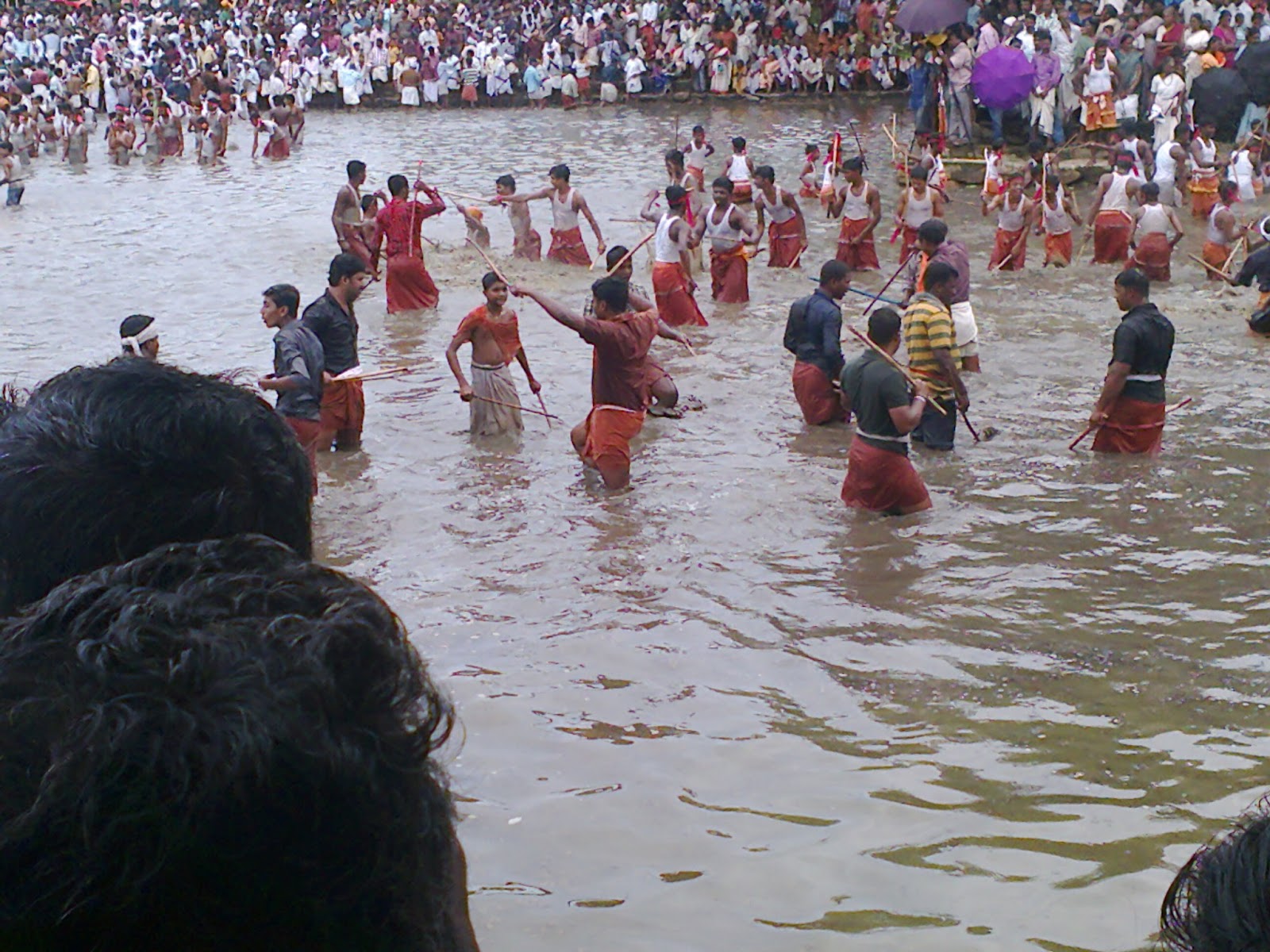 The mock swork-fight Oachirakkali is one of the most important of such festivals. Oachira has been famous for long as one of the sacred places of Kerala. Historically too this place is very famous, for, it was on the plains of Oachira that the much famed battle in the history of Travancore, the battle of Kayamkulam, was fought between Marthandavarma, the Maharaja of Travancore and the Raja of Kayamkulam. In commemoration of this historic battle Ochirakkali is conducted on the first and second of Mithunam (June-July) every year. On this occasion, the young and the old, drawn from the two Karas lying east and west of Oachira, from themselves into two groups, reach the Padanilam (the place for fighting) and conduct the age-old fencing exercise under the leadership of the elder kalari asan.