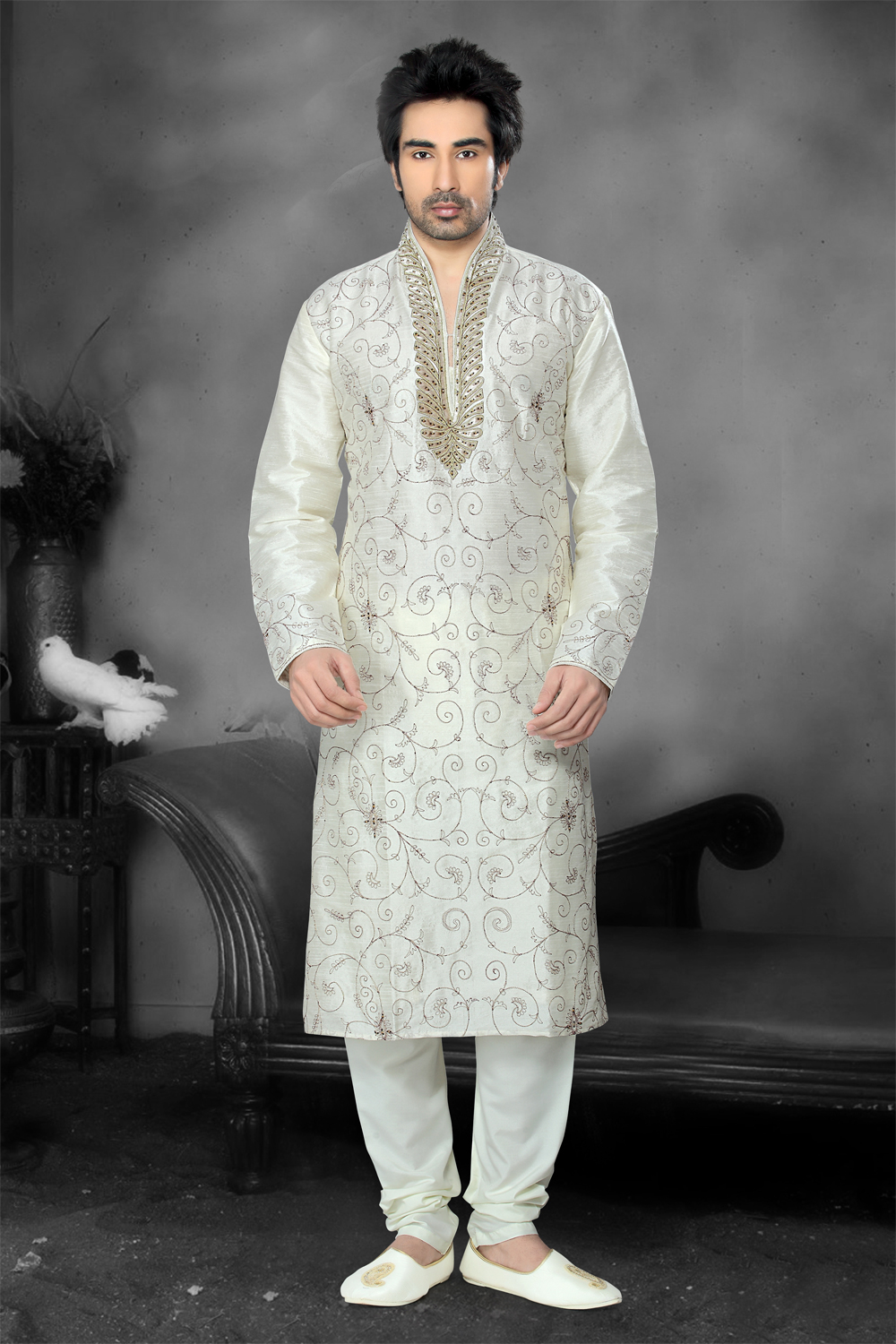 The Hyderabadi Kurta, which gets its name from Hyderabad, the capital city of the Indian state of Telangana, is also a form of the traditional Kurta. It can be distinguished by the presence of a keyhole neck opening and thread work near the collar part. Initially, the Hyderabadi Kurtas were made in white cloth but now coloured clothes are extensively used to stitch them. They are mostly worn on casual occasions.