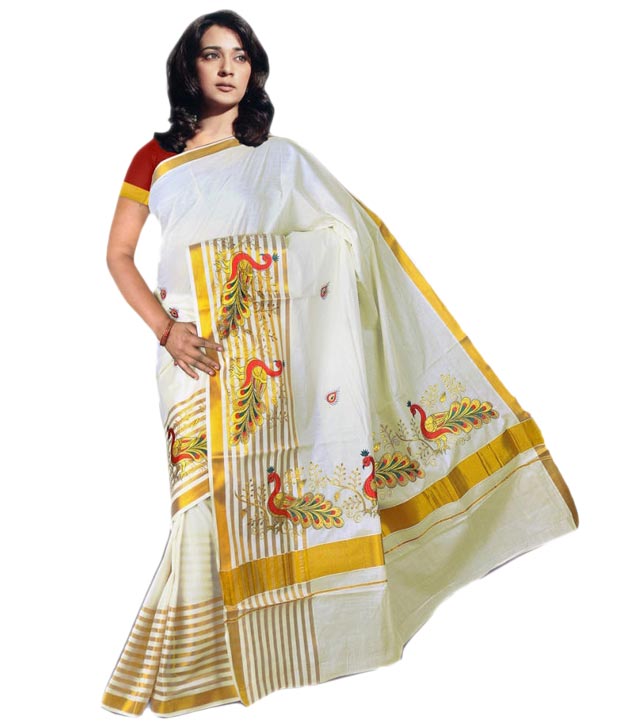 Kasavu is a handwoven cream colored saree with golden border, worn by Malayalee women. It is a handloom designed material which enhances its glamor through the intrinsic borders soaked in the color of pure gold. Also known as Kasavu, Kerela Kasavu , and Mundum Neriyathum (Nereyathum).

This fabric sari is considered to be the most auspicious attire for women in Kerela, especially during their new year, as per the Hindu calendar.

Traditional kasavu borders now comes with Diamonds and check shaped motifs and designs. Golden borders have added more colors like Green and Red in them, thus enhancing the look even more.