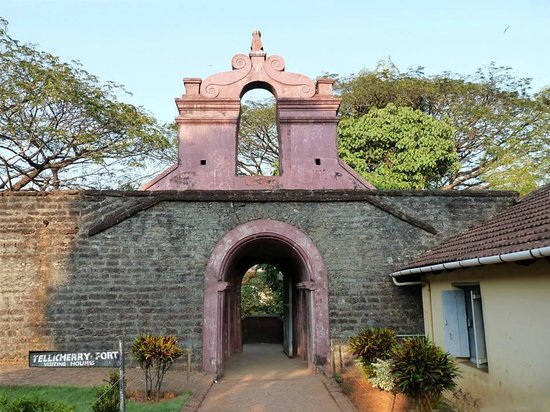 Tellicherry Fort is located in Thalassery town of Kannur District of Kerala India. The British East India Company built the fort in 1708 to establish a stronghold on the Malabar Coast. In 1781 Hyder Ali, ruler of the Kingdom of Mysore, was unsuccessful in capturing the Fort in his campaign to control Malabar. His successor, Tipu Sultan, was forced to cede Malabar District to the British in 1792, at the conclusion of the Third Anglo-Maratha War.

The square fort, with its massive walls, strong flanking bastions, secret tunnels to the sea and intricately carved huge doors, is an imposing structure. The fort was once the nucleus of Thalassery’s development. It is now a historical monument preserved by Archaeological Survey of India.